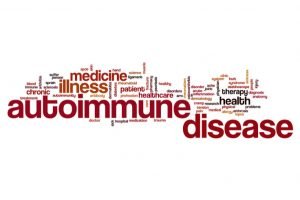 Okay, here goes. This is a quick overview of the medical issues I have had to learn to live with. In future posts I will provide more details about these issues and provide you with links to legitimate resources about each one. As mentioned in my first post, my goal is to help as many people as I can based on my personal experience with these diseases and my years of research.

This was the first autoimmune disease I was diagnosed with back in the 80s. It took over a decade to get a diagnosis and I was often told it was in my head. I was even sent to a psychiatrist. Lucky for me, the psychiatrist was able to discern that there was nothing wrong with my mental health and that I needed to keep pushing my doctor to figure out what was wrong.

Originally, I was told all I had was Raynaud’s and that the only thing it caused was hands and feet that would turn blue with the cold. This was discovered while waiting for a doctor to do a physical exam. I turned blue in his cold office so he was able to see it happening. I was then referred to the rheumatologist that told me that Raynaud’s was nothing. I know now that Raynaud’s can cause a lot of issues if it is not treated properly. With Raynaud’s the blood vessels spasm with cold or stress and can cut off the circulation to the point that gangrene can set in. Raynaud’s can be a big deal even if that is all you have.

Limited cutaneous systemic sclerosis is a variety of scleroderma that previously known as CREST. Unfortunately, the only thing limited about it is the amount of skin involvement. It also does not progress as quickly as Diffuse scleroderma but can still be deadly if/when it starts to attack the internal organs.

CREST is an acronym that stands for the most common symptoms of this variety of scleroderma. It stands for: Calcinosis, Raynaud’s, Esophageal Dysfunction, Sclerodactyly, and Telangiectasias.

While the above lists the common symptoms of this subset of scleroderma it does not tell the entire story and so they changed the name from CREST to limited. As mentioned above, the only thing limited is the amount of skin involvement. This disease can affect all internal organs and systems and cause widespread chronic pain.

At some point, I plan to add a lot more information about scleroderma but for now, here is a link to some of what the Mayo Clinic has to say about it. Be sure to scroll down to the complications. Not to scare you but it is important to know how devastating this disease can get. The key to a good prognosis is early detection of the complications. For example, when I was first diagnosed with Interstitial Lung Disease (ILD) I was immediately put on Prednisone and azathioprine (Imuran). At the time of discovery, my lung CT scans showed that the bottom lobes of both lungs were collapsed and my lungs were covered in white spots. With time and treatment, my lower lobes are no longer collapsed and the white spots have pretty much gone. My respirologist discharged me on the condition that my rheumatologist schedule regular pulmonary function tests and keeps an eye on things to ensure that it doesn’t start deteriorating again.

Sjogren’s, is another systemic autoimmune disease. Most patients experience severe dry eyes and mouth which are the 2 most common symptoms. However, Sjogren’s is systemic and often causes fatigue and joint pain.

Sjogren’s can also attack and cause dysfunction of the kidneys, gastrointestinal system, blood vessels, lungs, liver, pancreas, and even the central nervous system. Sjogren’s also increases the risk of non-Hodgkin lymphoma.

Primary biliary cholangitis is a liver disease where the immune system attacks the bile ducts and damages them. PBC as it is often called, is a complication of both scleroderma and Sjogren’s. When I was diagnosed back around 2004 it was still called Primary Biliary Cirrhosis. With treatment, it is rare for PBC to progress to the Cirrhosis phase so they changed the name to make it more accurate. Please note that this disease has nothing to do with alcohol abuse. It is a complication of both scleroderma and Sjogren’s.

Interstitial lung disease is a yet another complication of both Sjogren’s and scleroderma.

ILD is a fibrosing disorder of the lungs that causes scarring and can lead to respiratory failure if not treated.

I got lucky with this one. My interstitial lung disease was found early and I started treatment with both Plaquinil and Imuran. At my last appointment with my respirologist he declared me stable and discharged me back to my rheumatologist. When it was first found the bottom lobes of both lungs were collapsed and both lungs were covered in white spots on the lung scan. It took time but each lung scan showed improvement. My lungs are no longer collapsed and there is only sparse white spots on the lung scan. Unfortunately, there is still scarring that won’t likely go away. It is recommended by the respirologist that I continue with yearly pulmonary function tests and echocardiograms.

So far tests show I have a stiff heart which, from what I’ve read, means fibrosis. I’ve also been diagnosed with diastolic dysfunction, and some mild pericardial effusion.

My interventional cardiologist explained that my heart is very strong and can squeeze well but has trouble relaxing so it doesn’t fill up with blood very well. Another report I saw indicates that I have some right-sided pressure which could mean PAH or pulmonary arterial hypertension but no one is saying anything about that yet. Once again, these are all complications of both scleroderma and Sjogren’s.

I’ve also had issues with palpitations and some serious spikes in blood pressure. I don’t have a lot of confidence in my new family doctor at this point as I feel he doesn’t understand my autoimmune diseases. It scares me when he told me no more tests because “they just complicate things.” As I mentioned above, early diagnosis of complications is very important as to the outcome of those complications. I did manage to get him to do a 24-hour ambulatory blood pressure test BUT he had his secretary contact me to cancel my appointment saying that my blood pressure was well within the normal range. I already knew that BUT the spikes in blood pressure are dangerously high. My home care nurse is very concerned in particular with my diastolic blood pressure.

Due to harassment and bullying at work in 2014, I also developed PTSD, anxiety, panic disorder, and major depressive disorder. It was during and after this incident that my autoimmune diseases decided to take a nosedive even though they had been more than manageable prior to this. So, yes Virginia, stress does play a very important role in the prognosis of autoimmune diseases.

More recently, I was informed by the scleroderma specialist at Mount Sinai in Toronto that I had complex pain syndrome and fibromyalgia. I had been told decades ago that I had fibromyalgia but then told no, I had CREST scleroderma. Guess I have it all!

Fibromyalgia is not just aches and pains. It is thought to be caused by damaged nerves.

I’m not sure about the fibromyalgia diagnosis since it was a diagnosis from years ago before I was diagnosed with autoimmune diseases. I was later told I didn’t have it and my current rheumatologist never mentions it so who knows for sure.

For over a year I would get one urinary tract infection after another. At least that’s what the doctors thought. I did get a kidney infection that put me in the hospital but most were not UTIs.

Doctors were not waiting for the results of the culture growths when I would complain of UTI symptoms and would just start me on antibiotics right away. Eventually, I was referred to a urologist.

It was the urologist that determined that, for the most part, the culture did not grow and yet I always had symptoms and blood and leukocytes in my urine. Tests confirmed that I had interstitial cystitis.

The urologist’s theory was that my Sjogren’s was causing my urethra to be dry and inflamed and that was causing the blood and leukocytes. He recommended Vagifem cream to try and add some moisture. I started using the Vagifem at the first signs of symptoms and it helped to a degree. It was not until my internal medicine doctor prescribed lactated Ringer’s IV fluids every 3 weeks that I stopped having symptoms.

The IV treatment has helped with all dehydration-type symptoms including headaches and cramps but if I have to go longer than 3 weeks I start to get pretty sick again.

Melanoma is the most insidious of the skin cancers. It doesn’t look like much but it will spiderweb underneath the skin where you can’t see it and can be fatal if not caught.

This picture is similar to what mine looked like.

I was lucky enough to have an observant family doctor who referred me to a dermatologist right away. The dermatologist thought the mole looked suspicious as the edges were not well defined and ordered a biopsy that came back positive. When the melanoma was removed I received the good news that they got it all and the margins were clear.

While my melanoma has been cured, I thought it important to put down here since it is possible that I was at a higher risk due to my autoimmune diseases.

This page will be a living document and will likely have updates as I get organized and start adding more and more information. I think this page will be a sort of site map with a separate page complete with links to each disease and the complications of each disease. Please come back and check again.